Do you always end up with dry venison steaks? Chances are you’re using the wrong cooking method! Here are the top 3 ways to cook venison backstraps so they are moist every time. Plus, a nice venison marinade recipe using balsamic vinegar.

When I was a newbie wild game chef, I always overcooked my venison because I was using the wrong cooking method and treating it like beef. This article will help you avoid the same fate!

What Are Backstraps on a Deer?

Venison backstraps are a cut of meat that is found along the back of a deer, alongside the spine. They are often confused with a tenderloin cut of meat.

While they aren’t the same as a tenderloin, they are considered one of the most tender cuts of meat of a deer.

Backstraps would equate to the same cut of meat we commonly call ribeye in beef and loin in pork cuts. These two cuts of meat are some of the most desirable due to their tender nature.

What is the best way to cook deer backstrap?

Venison lovers all have their own opinion about the best way to cook venison backstrap.

Some love to sear it, some will only grill, and others swear by smoked backstraps. I’m going to share my top 3 ways to cook moist backstraps next from much research and experience!

No matter the cooking method, there are a few things to take into consideration when cooking venison backstrap to ensure that it stays moist and tender.

Using these four tips will go a long way to ensure your backstrap doesn’t become dry and tough.

Once you’re ready to cook, the top three methods for cooking deer backstrap are:

These offer the most control in cooking so that you don’t overcook your meat.

Now, let’s chat about how I like to cook venison backstraps!

For all of these cooking methods, I like to put together a simple venison marinade recipe with items that I always have on hand. I use this for beef steaks as well and it is adapted from this recipe.

For 2 lbs of venison backstraps, mix together:

Once well combined, place your backstraps in a shallow dish and cover with the marinade.

Cover the dish and let it rest in the refrigerator for 24 hours, flipping the meat once and recoating with the marinade about 12 hours in.

Now for my deer backstrap recipes!

Venison backstrap recipes on the stove top are my favorite because of the simplicity. I also love using my Ninja Foodie Indoor grill during the winter time.

If you’re looking for some of the technical details for how to sear venison backstraps, I’d highly recommend this article. I found it very helpful when I was new to cooking venison.

No matter what cooking method you choose, first marinade your backstraps with the recipe above. Then, you can sear it in butter or you can grill it. Finally, you can also cook venison backstrap in the oven.

If you choose to sear it on the stovetop, first place 4 tablespoons of butter into a large skillet. Heat the butter on medium high heat.

Let your marinated backstrap come to room temperature while you are preparing the butter.

Take them out of the marinade and pat them dry to remove the excess marinade. This works best for searing. Once the butter is hot, place the backstraps into the skillet and sear each side until a nice crust forms.

Each side will only need 3-5 minutes depending on the thickness of your cut of meat and how hot you let your pan get. Rather than trying to time your cooking, use a meat thermometer to monitor how your backstrap is cooking.

Meat will continue to cook even after removing it from the heat. This is called residual cooking.

So, make sure to remove your meat from the pan once it hits 125-130 degrees. It will continue to cook and finish 5-10 degrees higher once you let it rest.

After you’ve removed it, let it rest at least 5 minutes. This helps the meat soak in the juices so it stays moist and tender.

If you are a fan of tenderloins, make sure to check out my pork tenderloin recipe as well! It is a family favorite.

And, when you subscribe to the blog, you’ll get all of these yummy recipes sent straight to your inbox!

My second favorite way to cook venison backstrap is on the grill.

Grilling venison backstraps is a similar process to cooking on the stovetop. However, for grilling, feel free to leave the marinade on the meat rather than wiping dry.

Place it on a hot grill and cook on each side for 3-5 minutes.

Use your meat thermometer to monitor when it hits 125-130 degrees and then remove it from the grill. Let it rest for 5 minutes before serving.

Since we live in Michigan, grilling can be a bit chilly in the winter time. So I’ve been using the Ninja Foodie Indoor Grill to grill all our meats. I’ve made salmon, chicken breast, pork and venison in it and they’ve all turned out perfect!

What I love about it is it has a built in smart thermometer. You can set the temperature you want to cook to, and it guides you along the way, telling you when to flip your meat and when to take it out to let it rest. It even accounts for the residual cooking time so your meat isn’t overdone.

It has been perfect for temperamental meats like venison. It also has the cooking options to air crisp, bake, roast, broil, and dehydrate, so it is extremely versatile.

See all those yummy juices! That means it is going to be so moist and tender!

Venison Backstrap in the Oven

The best way to cook deer backstrap is the way that’s most convenient for you. Grilling is quick and simple on a nice day. Searing is fast and flavorful. But cooking venison backstraps in the oven is the best of both worlds.

Simply sear deer backstraps on the stovetop in butter or olive oil, like stated above, for 1-2 minutes. Then, place it in a dutch oven (uncovered) or cast iron skillet at 375 for 7-10 additional minutes.

For larger cuts of meat, you will need to increase your oven bake time until the internal temperature reaches 130 degrees. Remove your venison backstraps from the oven and let rest 5-10 minutes.

What Spices go well with Venison?

Many times new venison eaters are afraid the meat will taste gamey. While venison does have a different flavoring than beef, using certain spices that compliment it can help tame the stronger flavor.

If you like to mix it up and add interesting flavors to your meat, try adding spices like cinnamon, nutmeg, cloves or fennel.

What does soaking venison in milk do?

While the above spices can help with the gamey flavor of venison, you have other options as well!

Soaking venison in milk or buttermilk can help reduce the gamey flavoring.

To soak your venison backstrap, place it in a bowl deep enough to hold the cut of meat and submerge it fully in milk. Then, add milk (or buttermilk) until it is fully covered.

Cover the container and place it in the refrigerator for 12 hours or more. When you are ready to prepare the meat, take it out of the milk and rinse it well before cooking.

What temperature should venison backstraps be cooked at?

The biggest element to pay attention to when cooking venison backstraps is the temperature.

Venison backstrap temperature should never rise above 140 degrees Fahrenheit. Your final target range is 130-135 and it will be cooked medium rare.

It is best to use a meat thermometer when cooking venison since it is easy to overcook!

For those who balk at eating meat that isn’t well done, venison backstrap is not for you!

If you cook venison steaks past medium they will be dry and tough. It took me awhile to get used to seeing the pink middle, but I promise they taste delicious and are so tender this way!

What should I serve with venison?

I like to keep my sides simple when serving a meal with meat as the main course. A nice garden salad, fresh bread, and asparagus are my favorites! Of course, a little dessert never hurt anyone either.

What to do with leftover venison?

If you have any leftover venison, which we rarely do, there are a few ways I love to make it into another meal or two!

Fast and easy dinner recipes are basically the only way I cook dinner. If it takes longer than 30 minutes, it’s out.

So if you’re looking for more easy weeknight dinners, take a look at some of my favorite family meals. And if you are a venison-only red meat family, remember that you can swap out beef recipes for venison pretty easily.

Thanks so much for stopping by the blog today! I hope you enjoy your venison backstraps!

The next time we cook ours, Aaron wants to try smoked backstrap. Meat smoking is one of his passions and we’ve never tried venison before. I’ll let you know how it turns out!

Make sure to subscribe to the blog for more recipes to come.

What are you cooking up tonight? How about a one-p

Did you know that low light doesn’t mean a plant 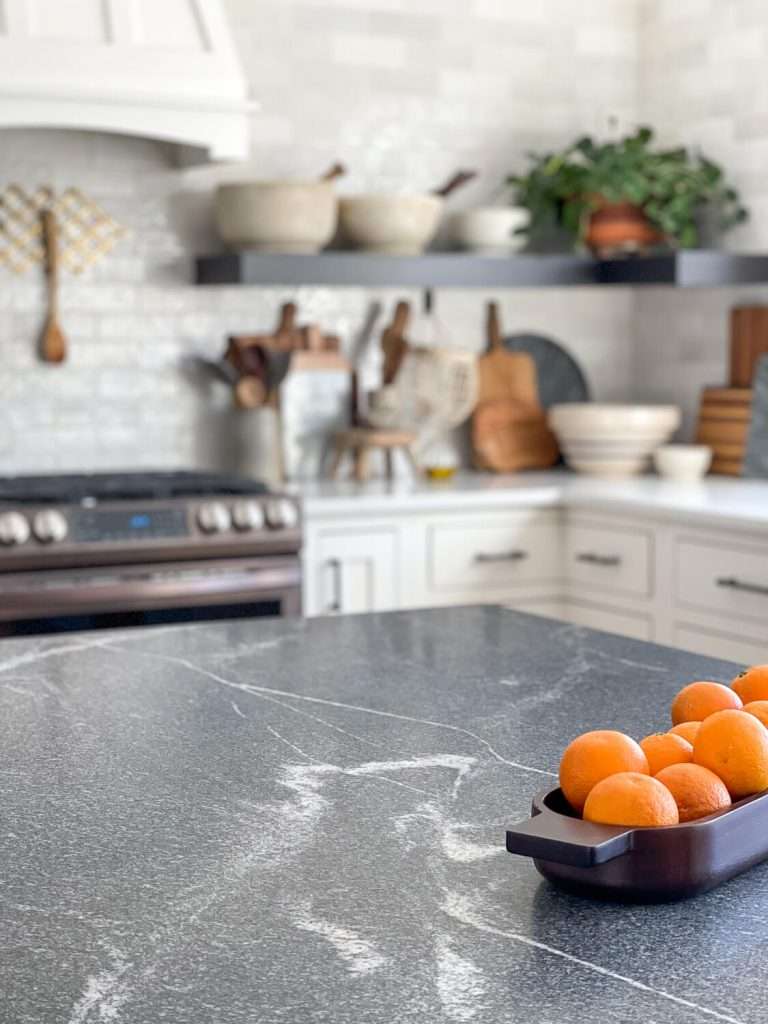 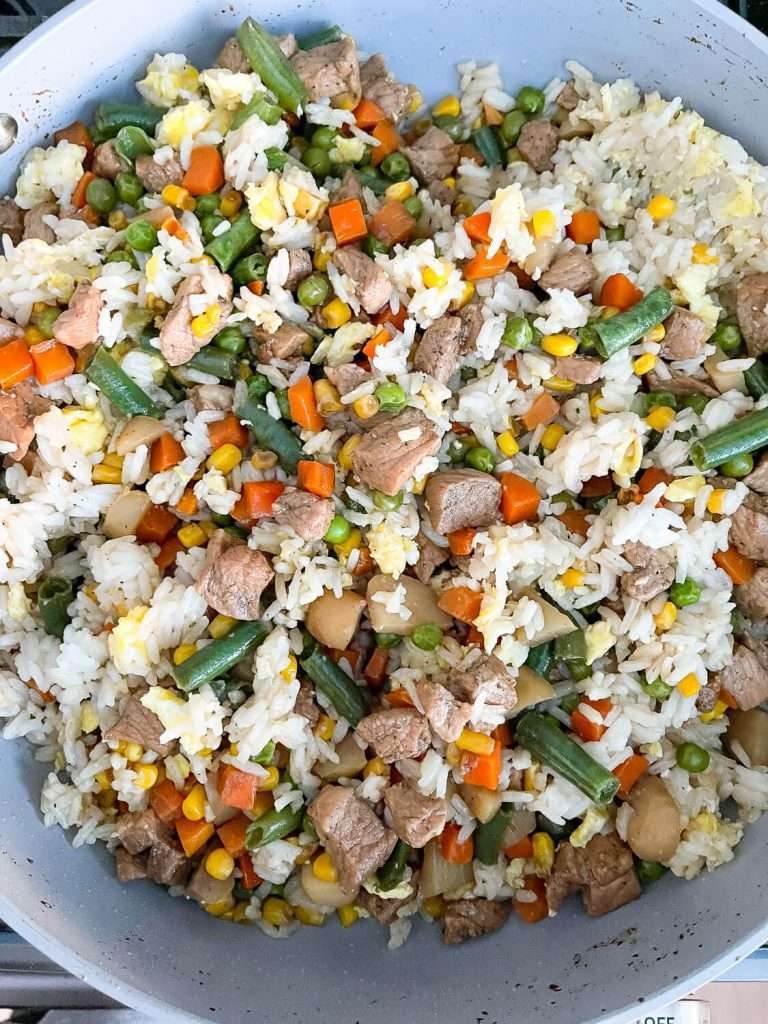